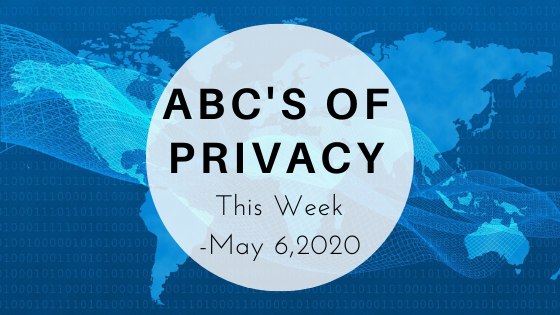 The National Post reports, Canada's Prime Minister Justin Trudeau has said that all contact tracing efforts in Canada must respect citizens' privacy. The Prime Minister said, "We have a number of proposals and companies working on different models that might be applicable to Canada, but as we move forward on making decisions, we're going to keep in mind that Canadians put a very high value on their privacy, on their data security," according to CBC News.
For more info: https://nationalpost.com/pmn/news-pmn/canada-news-pmn/contact-tracing-needs-to-balance-public-health-benefits-with-privacy-trudeau

New Zealand has eliminated cellphone data collection provisions from a short-term bill aimed at security for the Asia-Pacific Economic Cooperation Summit in November 2021, according to RNZ reports.Provisions on cellphone surveillance were removed from the bill after "further advice has been received that this is not needed to secure" the conference, The Ministry of Foreign Affairs and Trade said.
For more info: https://www.rnz.co.nz/news/national/415274/apec-security-bill-amended-after-privacy-concerns

The U.S. Federal Trade Commission has recently announced that it has formally approved amendments to its 2012 privacy order with Facebook.The amendments incorporate provisions that were part of the FTC $5 billion settlement with the tech company. However, the FTC was not able to amend the 2012 order until the agreement was approved by a district court judge.
For more info: https://www.ftc.gov/news-events/press-releases/2020/04/ftc-gives-final-approval-modify-ftcs-2012-privacy-order-facebook

ABC 33/40 reports that a problem with the Alabama Department of Labor's Unemployment Insurance Claim Tracker via the Pandemic Unemployment Assistance app has exposed the personal information of four people who filed unemployment claims. The exposed information, including names, Social Security numbers, addresses, and bank account details were viewed less than 100 times and resolved within 30 minutes, the department said.
For more info: https://abc3340.com/news/abc-3340-news-iteam/alabama-department-of-labor-fixes-app-after-personal-information-revealed

Hunton Andrews Kurth's Privacy & Information Security Law Blog has revealed that apparently, President of Brazil Jair Bolsonaro has issued an order to postpone the enforcement of the Brazilian General Data Protection Law to May 3, 2021, due to the COVID-19 pandemic.The Brazilian Congress has until August 27, 2020, to approve the president's order. If not, then LGPD will be enforced in August, as previously scheduled.
For more info: https://www.huntonprivacyblog.com/2020/04/30/brazilian-president-provisionally-delays-lgpd-applicability/

According to The Washington Post, companies have started surveilling their employees and their productivity as they work from home during the COVID-19 outbreak. Along with regular monitoring programs to determine employees' active work hours and online activities, companies are also instituting other forms of oversight, including multiple daily check-ins, always-on webcam policies, and "productivity scores." The tactics did not sit well with employees or even with people with long-term work-from-home work experiences.
For more info: https://www.washingtonpost.com/technology/2020/04/30/work-from-home-surveillance/

According to Government Technology, The U.S. Federal Bureau of Investigation is asking Americans to be more mindful of the personal information they post on social media. The acting special agent in charge of the FBI's Pittsburgh unit, Eugene Kowel, said his office had seen a "huge influx of complaints" regarding potential incidents of fraud involving user data gleaned from the internet. Moreover, it is assumed that the recent spike in internet use amid COVID-19 and social media trends are potential causes for the increased incidents.
For more info: https://www.govtech.com/security/FBI-Urges-Vigilance-Around-Social-Media-Info-Sharing.html

This is some text inside of a div block.